How to avoid inebriated social posting 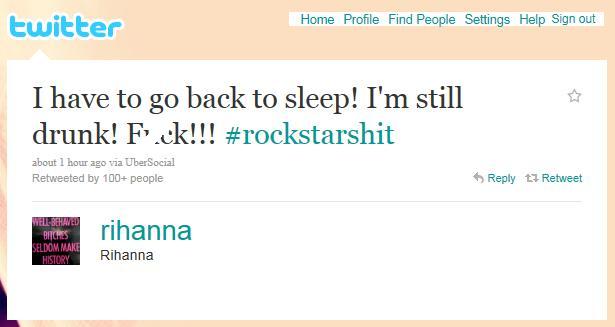 If you’re a frequent social media user or even manage other peoples social accounts you will almost certainly have fail-safe methods to keep your profiles clear from inebriated access and prevention from any kind of unwanted drunk tweeting, or ‘Drunkbooking‘ of any kind. Simple steps to prevent yourself from posting potentially catastrophic updates can be to simply use one app for personal and one for professional accounts. This is the minimum that’s required to protect your own social profiles from your inebriated self.

A friend of mine recently mentioned he was having to apologise to friends after posting embarrassing messages the night before. This didn’t seem much like of a problem until he told me the reason was to explain himself after drunkenly posting  offensive comments. “I wish there were an app that stopped you from drunk messaging”, he added.

Among the many of us making those regretful updates include the hilarious less sober quips of famous comedians, or the more scrutinised comedians. Rich and famous are sending out anything from drunken slurs to disclosing their own personal details at their own detriment.

Whether you’re tweeting drunk, posting regretful Facebook updates or simply want to prevent yourself from accessing your handset in the first place, there are a number of apps to prevent, fix and even embrace your drunken habit.

The Morning after app allows you to delete any tweets sent between certain nocturnal hours, aiding your somewhat regretfully embarrassing messaging from the night before! Although this doesn’t prevent the message from being seen in the first place, especially if you have screenshot ready friends prepared to capture the messages and send them back to you like a bad memory.

Webroot Sobriety test is a drunk proof app active only during your hours of partying. It sets tests like ‘3 tries at typing the alphabet backward’ and failure results in no phone access. Only problems may arise when the time comes when you really should be calling a cab. ‘Webroot has specifically designed this app to prevent the loss of clothing, dignity, job, marriage or friends. While you are free to ignore its advice it will test your coordination, comprehension or lack there of and attempt to guide you away from an early or embarrassing end to your evening. It’s just another way Webroot protects you from all possible threats, even yourself.’

If it’s not so much drunk social media but more driving and being over the limit in general then there are several digital solutions to help test whether you’re safe to drive home.

Livr is a new social network that embraces inebriated social networking. Designed to be accessed only when you have proved to be over a specific blood alcohol level Livr comes with it’s own breathalyser. Once drunk enough, the platform allows members to interact via text, random calling to other members and shares their locations with colour grading to indicate how drunk other groups are. Rumours of how genuine Livr is are already circulating the web, after several April fools seeding of ‘binge drinking’ apps have been launched to hoax appalled journalists.

Even Twitter are now analysing our text and activity data to predict when we’re most likely to be drunk tweeting covering all the updates around the morning after, the ‘late for work’ and ‘happy’ and ‘sad’ patterns.

‘@Twitter compiled data published Monday that looks at when users tweet certain words and phrases like “feel happy,” “feel sad,” “hungover,” and “late to work.” The data, which is broken down by month and day of the week, looked at tweets in English from 2013 to get a feel for what users are feeling, and when.’