Pinterest is now letting brands promote apps on their walls via the platform’s self-serve platform and API partners.

The update means iOS users can now download apps to their mobiles within Pinterest, without being redirected to the app store. Although it is fairly new, the feature has already been beta tested with around 100 brands, including Ibotta, Stash and Glu Mobile

According to an article by AdWeek, the head of new ad products at Pinterest, Mike Bidgoli, stated that more than 80% of Pinterest users were now on mobile, adding that “It’s a very mobile-first product, and hence, it lends itself well to app installs”.

This may come as no surprise to anyone reading this, as most social traffic across all platforms is now being attributed to mobile devices. 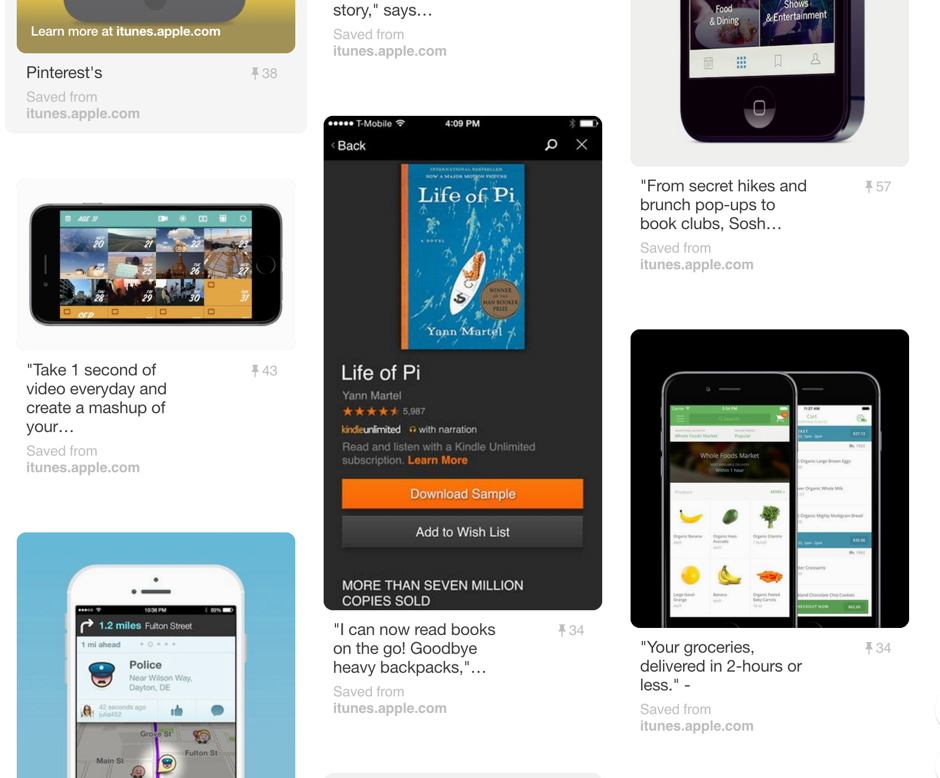 So the question is, should you as a brand be trying this out?

Promoting apps on social is nothing new, and has been tried and tested on both Facebook and Twitter who have the largest app propositions.

Compared to the likes of Facebook and Twitter, Pinterest’s offering only touches the surface of what is possible.

Not to mention Facebook’s and Twitter’s active audience sizes both dwarf that of Pinterest’s, so if you are going for mass awareness Pinterest may not be the avenue for you.

Additionally, if you are looking to make the most out of your marketing effort, then App Pins perhaps shouldn’t be your first choice. Unlike Facebook and Twitter, where you can create audiences based on the actions users make in your app, this information is not available if the consumer has downloaded your app via Pinterest.

I’d always advise caution before flooding resources into creating a presence on a new social site – especially when it’s just for the sake of using a new feature. However, if your brand is already active on Pinterest, there’s no reason why you shouldn’t compare Pinterest’s performance against the more established offerings of Facebook and Twitter. After all its important to remember that although Pinterest doesn’t have a mass audience, it does have a unique and engaged one that may be appropriate for your brand