A weekend of sport: #analysis

This weekend the British public were treated to a very generous helping of sport! For many of us sports fans there was so much sport it was hard to keep track of it all, but with rigorous planning I think I managed to catch most of it on TV!

With all this happening it’s hard to take it all in so in a moment of reflection I have decided to look back at my favourite events via Twitter Hashtags. So without further ado I present to you my weekend of sport hashtags. 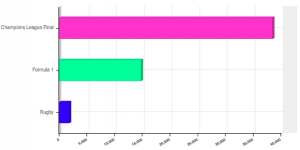 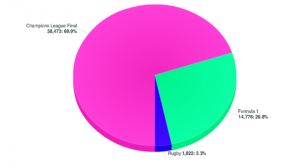 The graph above tells us the volumes of conversation, from Friday to Monday in UK and Ireland, on Twitter that included these hashtags. As you can see there was an overwhelming use of the #UCLFinal this weekend with over 38,000 mentions of the hashtag in just 4 days.

In the spirit of a true Twitter celebrity stalker here are some of the top celebs using these sporting hashtags! 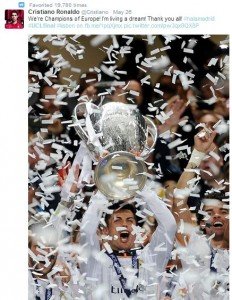 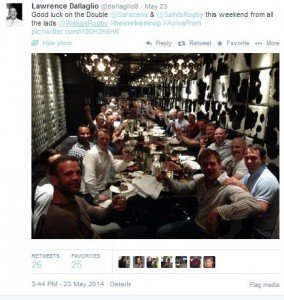 I hope you all enjoyed the weekend of sport as much as I did. By the looks of things most of you were watching the football! Congratulations to all Real Madrid fans and remember if you’re not near a TV and need to know everything about your favourite sporting event, do not fear there is always Twitter!