It’s no secret that Mark Zuckerberg is trying his hardest to tap into developing world markets. In 2015 Mark hosted a town hall, with Indian Prime Minister Narendra Modi to talk about Facebook’s ‘Internet.org’ program now named Free Basics. A year on from that meeting and India regulators banned the Free Basics service based on “Prohibition of Discriminatory Tariffs for Data Services Regulations” , with Egypt following suit shortly after.

No country except China holds the kind of potential that India does for the social media giant, especially considering the fact that Facebook is banned in China. So with the demise of Facebook Free Basics in India and Egypt, how does Facebook increase its user base in countries with poor internet services?

Facebook can only go so far in improving the world’s internet services, and in some cases not at all, so the company is taking a different approach. In 2015 Facebook launched a Lite version of its mobile app, to help connect more than one-half of the world’s population, at least 1.6 billion people whole live in areas that don’t have 3G or 4G network capabilities. Now the social network plans on launching a lite version of its messenger app, to help bolster its 1 billion-plus user base.

“Messenger Lite is a slimmed down version of Messenger that offers the core features of Messenger for markets with slower-than-average internet speeds and a prevalence of basic Android smartphones.

Messenger Lite is under 10 megabytes, so it’s fast to install and quick to start up.

Messenger Lite uses the same bolt logo as Messenger, but with colors reversed. The bolt is blue with a white chat bubble background.” The app’s engineering manager, Tom Mulcahy, said in a Newsroom post.

Well to put it simply, the more people that use Facebook the bigger the opportunity for businesses to advertise to your community.

If you are planning to advertise to countries with poor telecoms infrastructures, make use of Facebook’s ad targeting features

Remember the majority of phones in developing countries run Andriod due to the low handset cost. 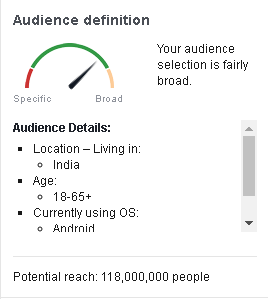 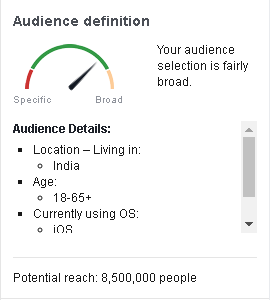 So, by segmenting your audience by specific mobile devices and operating systems you can get the most out of your budget.

Your content should also be optimised for low bandwidths, although video and canvas ads are eye-catching, they’re also data intensive . So sticking to static content is a good idea. The launch of Messenger Lite also allows you to experiment with Facebook’s new messenger ads.

Brands should also consider how data intensive their websites are. If your website fails to load in poor network areas, this could be considered a barrier. With the introduction of Messenger Lite, businesses should take advantage of the Messenger ad format. 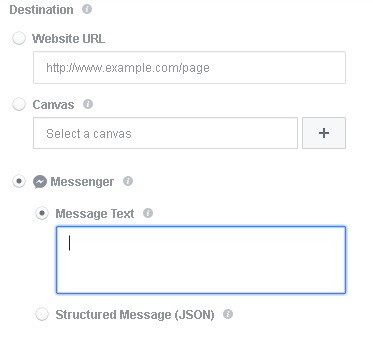 These are only a few of the ways that businesses can make the most out of advertising to countries with poor internet services. If you feel you have any tips, be sure to share in the comments below.