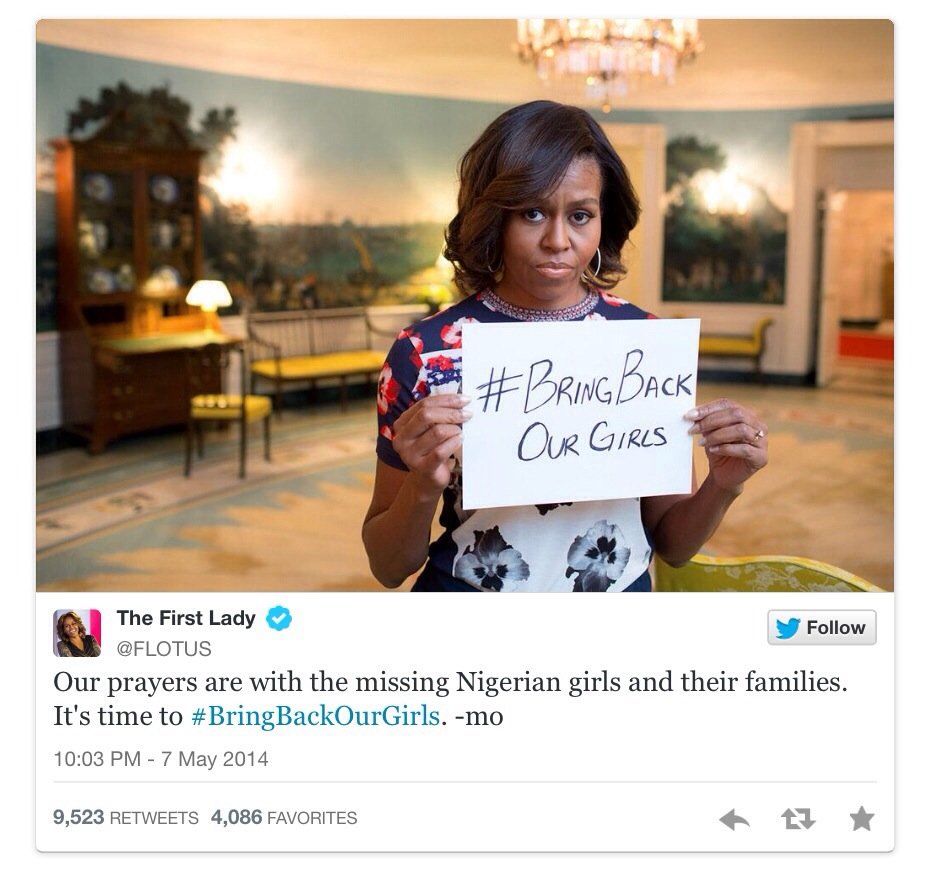 It’s exactly a month yesterday (14 May 2014) that over 200 Nigerian school girls were abducted from their boarding school by local Islamic militia group Boko Haram. The media and western world initially skirted over the story as just another political tragedy in Nigeria’s civil troubles.

But when the campaign took to social media with the hashtag #bringbackourgirls the appeal began to gather momentum. A detrimental acceleration in popularity occurred following the above post by the American First Lady Michelle Obama on her official Instagram account sparking a wave of social media response from celebrities and politicians to women’s rights representatives internationally. The ensuing media coverage, spurred by early adoption of the issue across social media, has seen drastic advancements in it’s coverage, highlighting comments on rescue efforts from leading nations or the Nigerian government.

Initially mainstream news chose to overlook the developments of the abduction, some say this was down to overshadowing stories of the upturned Ferry in South Korea with potentially 300 dead or the ongoing coverage of the missing MH370 Malaysian plane.

At a point where the voice of mainstream news is no longer that of the media, the attention drawn to issues we care about is determined by the people and the impact, as a result, is genuinely much higher.

Either way the social outcry across web channels that has followed the kidnapping has certainly been key to sparking not only widespread media coverage but also pressuring government action. Action and awareness has been triggered by mass public appeal across social channels.