Get the inside scoop on Twitter’s plans for 2016

A colleague and I recently had the pleasure of joining the fab team at Twitter HQ for their ‘Plan for 2016’ agency talk. It was an informative session, involving a large handful of top UK social media agencies revealing extensive insight into how 2015 played out, and upcoming plans and features for the platform in 2016 (follow all the highlights on Twitter via #planfor2016).

immediate future usually protests a solid support for Twitter. The platform provides the perfect place for people to express themselves during everyday moments in life. A sentiment clearly mirrored throughout the audience and the session.

Twitter has brought us some spectacular and pivotal cultural moments, such as the unexpected outcome of the UK general election; Ed Milliband’s “#Millifandom and Obama’s abrupt shutdown of Kanye’s declaration that he will run for US presidency in 2020.

Only @JamesBlunt lyrics can truly help begin to understand the loss of @Ed_Miliband to the #milifandom http://t.co/7wTpW9PTSW (watch on YT)

More importantly to marketers, Twitter allows brands to connect with different customer audiences and their vast range of interests and behaviours.

Does astronomy fascinate you? Captivating video content from @NASA allows you to experience a spacewalk, from the comfort of your couch.

As a precaution, #spacewalk terminated due to small amount of water in @Astro_Tim's helmet. https://t.co/KX5g7zfYQe https://t.co/6sRiiiLFPo

In an attempt to steer users into discovering a variety of content more easily, ‘Moments’ was launched in the latter half of 2015. Twitter Moments bring the best content from Twitter into one central place, making it easier to discover the best stories from around the world.

Taking this a step further, the first promoted ‘Moment’ went live during the session, by UK retail giant Tesco. This advertising option is, however, only available to major media partners or simply clients with the largest budget and media capabilities.

As for whether the cost of this ad format will remain as high as it is currently, or whether it would be relevant to anyone outside of a super-brand, only time will tell.

Brands, however, do not need to invest megabucks to benefit from engaging in everyday conversation. A modest budget and a more considered, learned approach may be all that is be required to create a genuine connection with your target audience.

By investing your efforts into being able to meet your customer at their everyday moment, you can avoid a costly and competitive bidding war – a bidding war commonly found with large mainstream events such as the Superbowl. Using this tactic, the team at Twitter reported a 22% lower average cost per impression (CPM) and up to 2x sales lift.

To give you more of an idea of the interest trends of Twitter users, here are a few more stats we learned during the session: 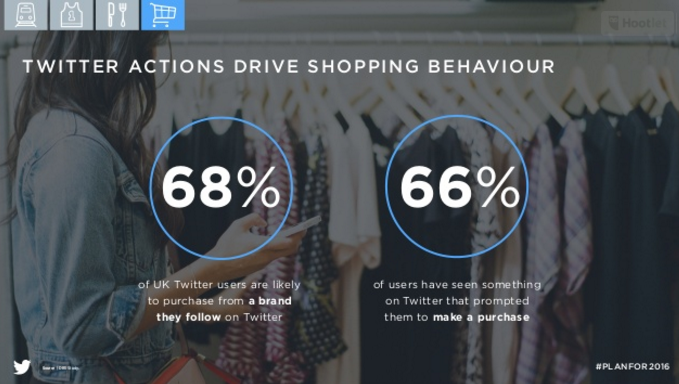 Video will be big in 2016… OK, so this may not be surprising news to many, but we can’t get away from it. ALL video drives impact, and Twitter video is growing fast. Whether it’s through Periscope, native, animated GIFs or Vine – Tweets featuring video content are retweeted 6x more than a static image tweet. And this has never been so pertinent for 2016, as video views grew 150x over the last 12 months. 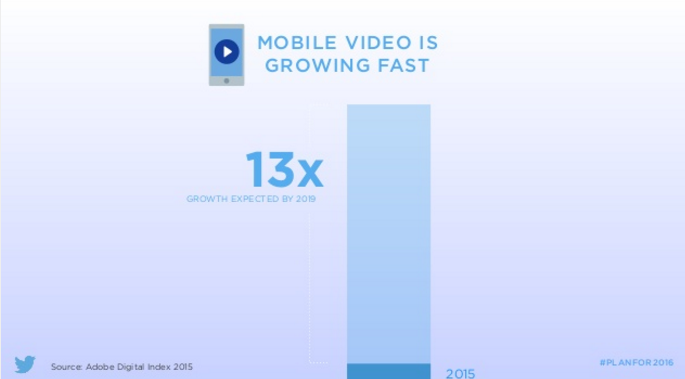 Video presents a mobile-first opportunity, with 90% of all videos views originating from mobile. The power of video cannot be ignored.

Let’s just say that the idea of Twitter dropping their 140 character limit isn’t completely off the cards as Twitter evolves. Despite passionate reactions against the rumoured extended character limit and pleas to #Save140, there’s a chance that the change may eventually come into effect in the distant future. But petitions against #Twitter10K haven’t gone unnoticed and the team at Twitter want to create an experience that keeps the power of a concise Tweet that we are all familiar with.

For more great insight, check out some chatter from the session below:

Standing room only for @lornabrady at #Planfor2016 with Twitter agencies pic.twitter.com/5qU4mGcGwg

Exercise, food, gaming and music – brands should make sure they tap into passions. #planfor2016 pic.twitter.com/1f7XWezVf9