This week Twitter launched a new feature allowing you to mute those pesky users who Tweet too much or sporadically at a time that is just not working for you. Useful right? Probably not so much for brands… 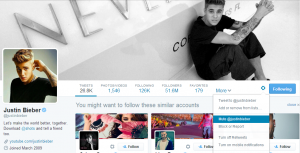 Disclaimer: I followed @JustinBieber to illustrate the muting of someone who could be irritating – I do not actually follow him.

Whilst the number of followers on your Twitter profile (or Likes on Facebook etc.) gives you an indication of the performance of your content through the channel, it should be no more than that. Better to have a concise following of users that are real customers, influencers and/or advocates of your brand than to have a big volume of under engaged users. 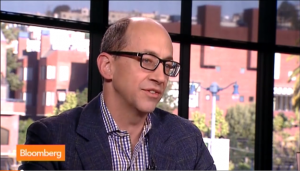 This is both an opportunity and a threat for brands as conversations on Twitter syphon off into private little corners. The threat is that potentially damaging or negative conversations can happen and swell in pockets that go un-detected making it even harder to steer or influence these conversations. But the opportunity is that brands can enter into or instigate private conversations to isolate negativity, foster positivity, work with brand advocates, generate feedback and more.