Myspace knows what you did in 2003 and they have pictures

One of the original 21st century social platforms that has somewhat survived 2 purchases, a revamp and an exodus of millions shifting to (and from) it’s once thriving user base to other emerging, more dominant, platforms (Facebook).

Responsible for introducing many users to their first taste of blogging, photo sharing, customising profile pages using basic html code and even personalised music players, the ageing platform has more recently been sending old user photos out to its former membership in an attempt to attract them back to the platform. A playful ‘poke’ to show old users how much MySpace has developed? Or a cheap ditch at digital blackmail to spur worried users to sign-in and attempt to delete embarrassing party pics from the early noughties?

After the purchase of MySpace by News Corp for $580m in 2005, the company was resold for $35 million just six years later. However many musicians and users still maintained a presence or simply didn’t close their profiles at all and the platform maintained it’s music angle. Attracting a purchase from a group headed by Justin Timberlake and an attempt to relaunch based on its maintained music database of over 53 million songs from 14.2 million artist pages.

Before MySpace, most musicians had little options aside from coding their own website. The platform gave independent musicians the opportunity to be discovered and the chance for potential fans to discover new sounds. A welcome ‘legal’ alternative to then popular Napster, Soulseek, Limewire, etc. Enabling new fans to browse artists in a way that is now thought of as pretty much standard across most popular music channels (Deezer, Soundcloud, Mixcloud, Grooveshark).

So is the move to tempt users back with alluring photos a reminiscent throwback from a social platform that might be considered original or even retro? Or simply a dry approach at blackmailing original Myspacers’ to signing in and, at worst, deleting all photo evidence posted and even their original account. A move that, either way, may trigger some activity if any. 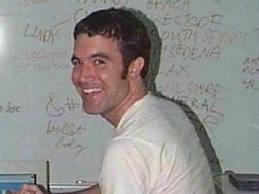