Paris on Facebook was just the tip of the iceberg

Obviously the wave of attacks in Paris on Friday November 13th shocked and saddened the world, with the ensuing wave of social dedication on Twitter ranging from sympathies for the victims (#PrayForParis and #PortesOuvertes) to support for the actual attackers (#ParisBurns #باريس_تشتعل ). A collection of more than 16 million social mentions since Friday.

The response on Facebook specifically was, however, less organic – more stimulated by prompts from the platform to dedicate support for the victims by pressing a button to set a profile image overlay of the colours of the French Flag. A similar campaign also seen for the support of LGBT rights with a similar overlay of rainbow colours. 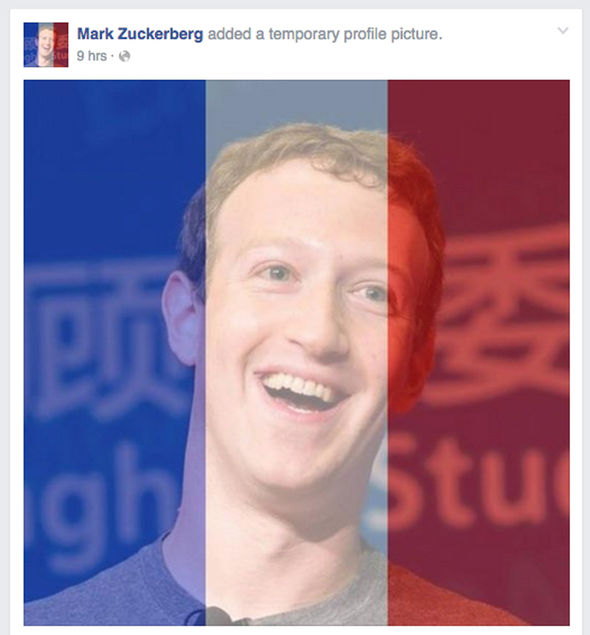 The response was also spurred by the Facebook ‘safety check’, a feature only seen a couple of times before. Once during the Nepalese earthquake, and more recently Hurricane Patricia in Mexico. The feature appeals to Facebook users within the vicinity of any dangerous event at risk to notify their connections they are safe via their Facebook profiles. Facebook has said the popularity of such features depends on 2 things: the artificial intelligence algorithm that serves users this feature, and the typical habits of the users the algorithm responds to.

Which raises the question as to whether the popularity of such a feature depends on the nature of the audience, or of the nurture of the algorithm itself. Either way, Zuckerberg admits that the feature has only been rolled out in certain territories. It does, however, state that a truly global roll out would only account for the 1.55 billion monthly active users and even then not accounting for the 60% of the globe without internet access. A problem Facebook is inherently working on with its internet.org programme.

The dedication flag and the safety check feature have both drawn criticism of the platform for limiting the provision of these features to a few set regions. Despite the popular use of the function (in the hundreds of millions), Facebook – and more specifically CEO Mark Zuckerber – has received a wave of complaints questioning the equality of such ‘prompted’ support, with critics questioning why they are not seeing users in Beirut or Syria being provided the same features.

Zuckerberg, in The Fast Company’s in depth interview, outlines the limitations that these features present. Referring to the Nepal earthquake: “150 million people were notified of their friends being safe in the earthquake. You can only do that if you’ve mapped out what people’s relationships are, you have a sense of where people are in the world, and you have a tool that they’re checking every day.”

It’s true that features like this can only truly exist on Facebook, but what responsibility do they have for rolling out equality on a grand scale? This can’t all be done straight away, especially with only 40% of the world having internet access in the first place. However, making shining examples of how ‘safety checks’ and ‘dedications’ can work to reflect a global community on the platform is just the ‘tip of the iceberg’ (or Zuckerberg, if you will). When it comes to what Facebook has in store for the future, he uncovers everything from artificial intelligence and advanced virtual reality to drone-driven laser-beam internet access.