Segment your Twitter influencers by location and keywords with SocialRank 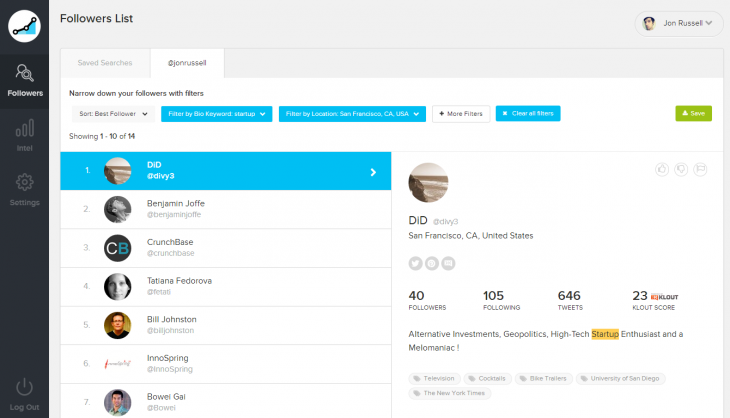 Twitter analytics service SocialRank is expanding its service to further evaluate the people who are following you on Twitter, giving you the option to segment your followers by location, keyword searches and a combination of the two.

The original version of SocialRank helped brands and users scan all of their followers on Twitter and locate those who are most influential, engaged and a combination of the two. After pressure from brands to expand its service, SocialRank listed and expanded its offering.

“If the MLS is planning an exclusive event with US footballer Clint Dempsey in New York for 100 fans, SocialRank would enable it to drill down and find soccer fans in the area who are already following, or actively engage with, the MLS account on Twitter.”

Identifying influencers is one thing, approaching and engaging them is another matter entirely. Find out the top 3 ways that you can engage your influencers on Twitter:

1. Get involved in the conversation

Whether it’s exclusive access to a report or whitepaper a day before anyone else or inviting them to guest blog, make your influencers feel valued and special and they will likely repay the favour and, over time, become a brand advocate for you.

Engaging your influencers on Twitter is one thing, but you can always take the conversation offline and invite your top influencers to events or conferences that they may enjoy attending. Get them sharing content from the event with their network as well to increase the reach of your event as well.