Snap has just released a second generation of its Spectacles. Yes, you read that right. Spectacles, the “wearable” camera in the form of sunglasses, were what most of us thought would be the first and last attempt Snap had at creating a hardware product. With only 150,000 pairs sold and around $40milion lost in unsold merch, Spectacles were seen as a major flop. But yesterday, they brought out a second, “new-and-improved” version.

They say that they’ve listened to customers’ feedback and solved a number of issues that were experienced with V1. 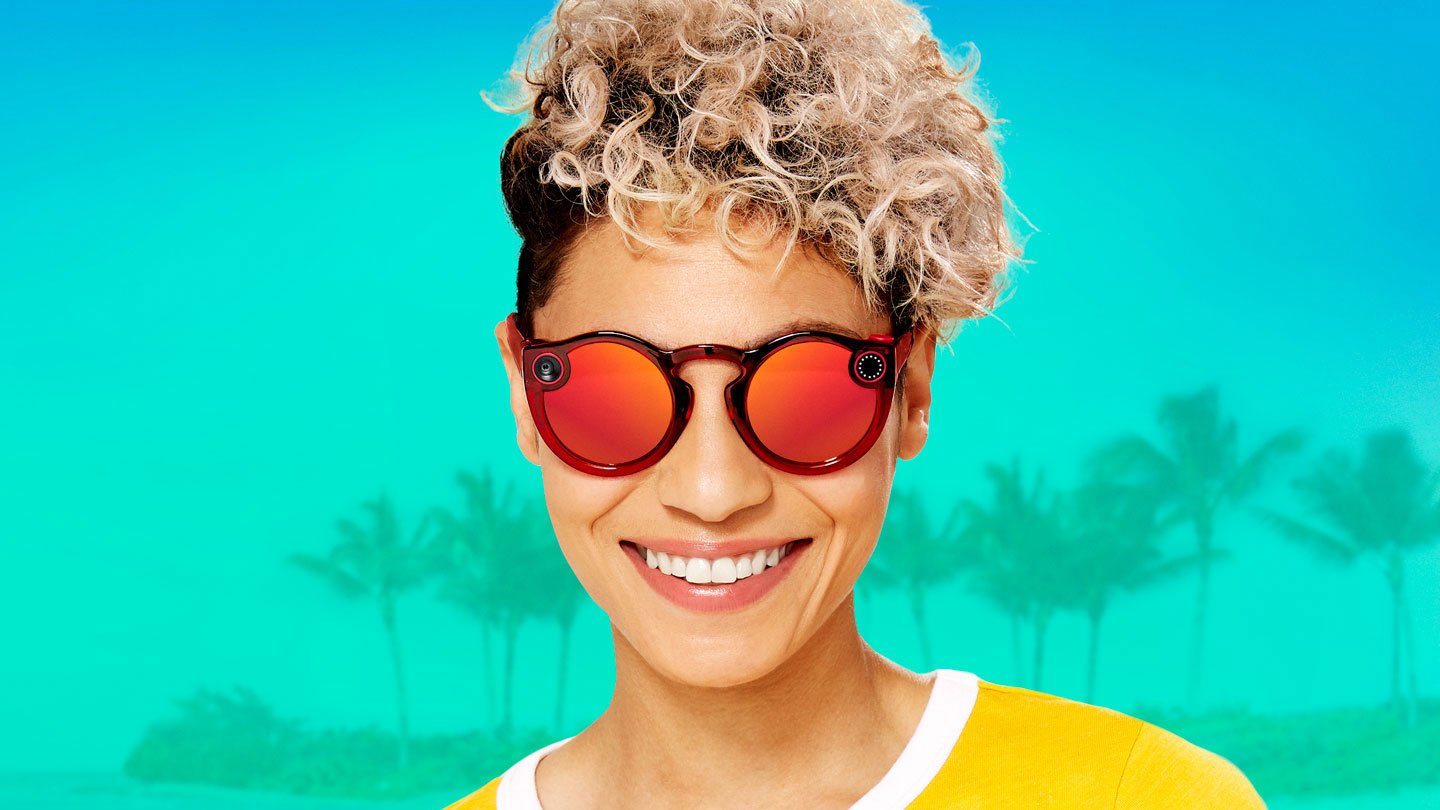 Many people complained about their look, and can you blame them? They looked like a toy, they were chunky, and to carry their case around you needed a separate handbag. The new model is claimed to be a bit more grown-up and sleek. The handles are a bit thinner and they’ve removed the bright yellow circles surrounding the camera. The glasses are now available in a range of slightly less intrusive colours; onyx, ruby, and sapphire (also known as black, red and blue). You can also choose between Midnight (dark) and Twilight (light) lens shades AND you can even buy prescription lenses (only in the US for now though, so don’t get too excited).

An additional improvement is that you can now take photos as well as record video. The restriction to only record video was V1’s big downside. The memory has also been increased and they should now be able to hold 150 videos or 3,000 photos at a time. Transfer speed between the Specs and your phone is said to be 3 to 4 times faster, however, the process is still as awkward and means connecting to the Spectacles Wi-Fi network.

Other upgrades include a second microphone to pick-up a better range of audio, a smaller charging case, and the glasses are now water-resistant. The image resolution has also been increased, but recorded images are still only available in the circular format. This is very disappointing considering it was seen as one the biggest flaws the first time round.

It looks like Snap is trying to make people gradually more comfortable with walking around with a camera on their face, but in terms of an aesthetic upgrade, the design is still very far off.  People aren’t afraid of wearing tech, but if it makes you look like you’ve just rolled out of Glasto it might not appeal to the mass market.  Apple’s smart watch seems to be doing pretty well, and a lot of it is down to its design.

In a way I kind of wish them luck. You have to give them credit for determination.