One of the latest releases from Twitter is the Audio Tweet! Now, I must admit I am a sceptic with this function – I’m not sure that, when social media is so visual, an audio-only format will be useful or used. However, sound is important in branding (tune in to my Facebook Live for more detail), so I’m willing to wait it out and see what happens.

To be fair, it’s a release which has literally got Twitter users talking – usually, you’ll find the media-bods commenting, but here are real users getting excited about the format: 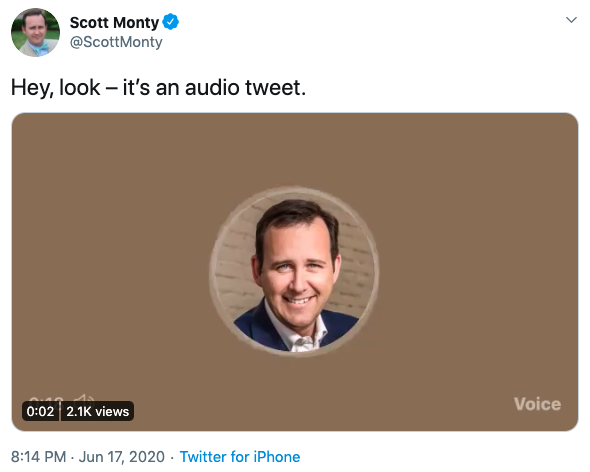 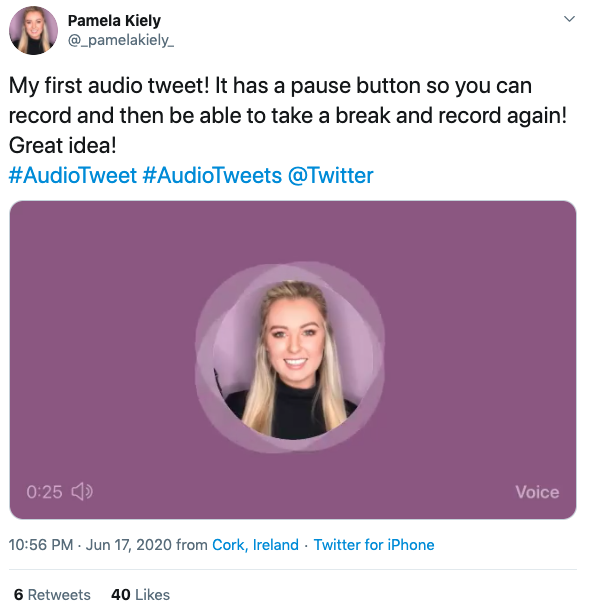 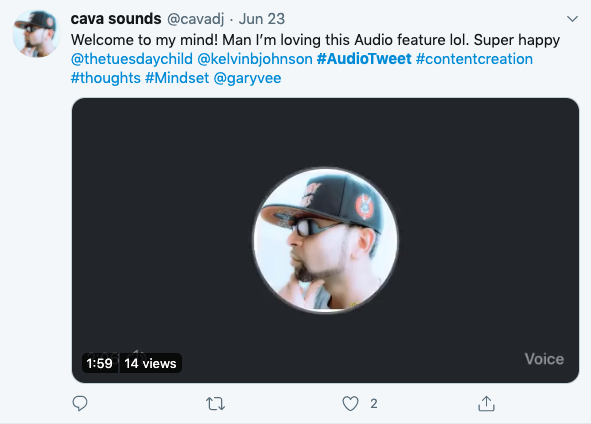 If you haven’t got the feature yet, don’t worry. They say that UK iOS users will get the rollout “in the coming weeks” (ah, sorry Android users!), and this is how it’s going to look:

Rolling out today on iOS, you can now record and Tweet with audio. pic.twitter.com/jezRmh1dkD

In their blog release, Twitter state they are aiming to add a more human touch to Tweets – “sometimes 280 characters aren’t enough and some conversational nuances are lost in translation.”

One of the great features for users of this is that if you run over the 140s allowed in your Audio Tweet, it’ll keep recording and display the remaining audio within a thread of posts. It does generate a pretty cute-looking visual as well.

As audio-only trends rise in social (I mean, there has been a 40% increase in social media users mentioning their own podcast – Brandwatch, April 2020), Twitter isn’t the only one to be taking advantage. Facebook is also exploring a voice-only chat function in the US, and of course, apps such as TikTok and YouTube are specifically supposed to be used with your sound on.

The other reason the Audio Tweet could take off is if the trend for micro-blogging (kicked off by Vine users trending with #storytime) picks up again – essentially this is what Story formats are allowing, and since we don’t appear to have seen Twitter’s rollout of Fleets yet, could the Audio Tweet be the first step in this direction?

Twitter did experience a little backlash on the release, due to the accessibility limitations for the hard of hearing. They quickly corrected this misstep, though, by bringing in captions.

Of course, lots of users who simply want to edit Tweets might have something to say about another rollout which doesn’t address this, but one thing is for sure, I’ll be keeping my ear to the, um, speaker to see what happens next.