On November 17th 2015, Google+ rose like a phoenix out of the ashes, and has been reborn…again.
This is not the first time the site has been rebuilt, and at a glance it would seem not much has changed apart from a minor facelift and a few buttons in different places.
But when you dig deeper, you will see that its focus has changed. The technology giant has gone back to the drawing board, and redesigned the site around two popular features ‘Communities’ and ‘Collections’.

The new web interface has been reworked so that it is simpler to use and mobile friendly. 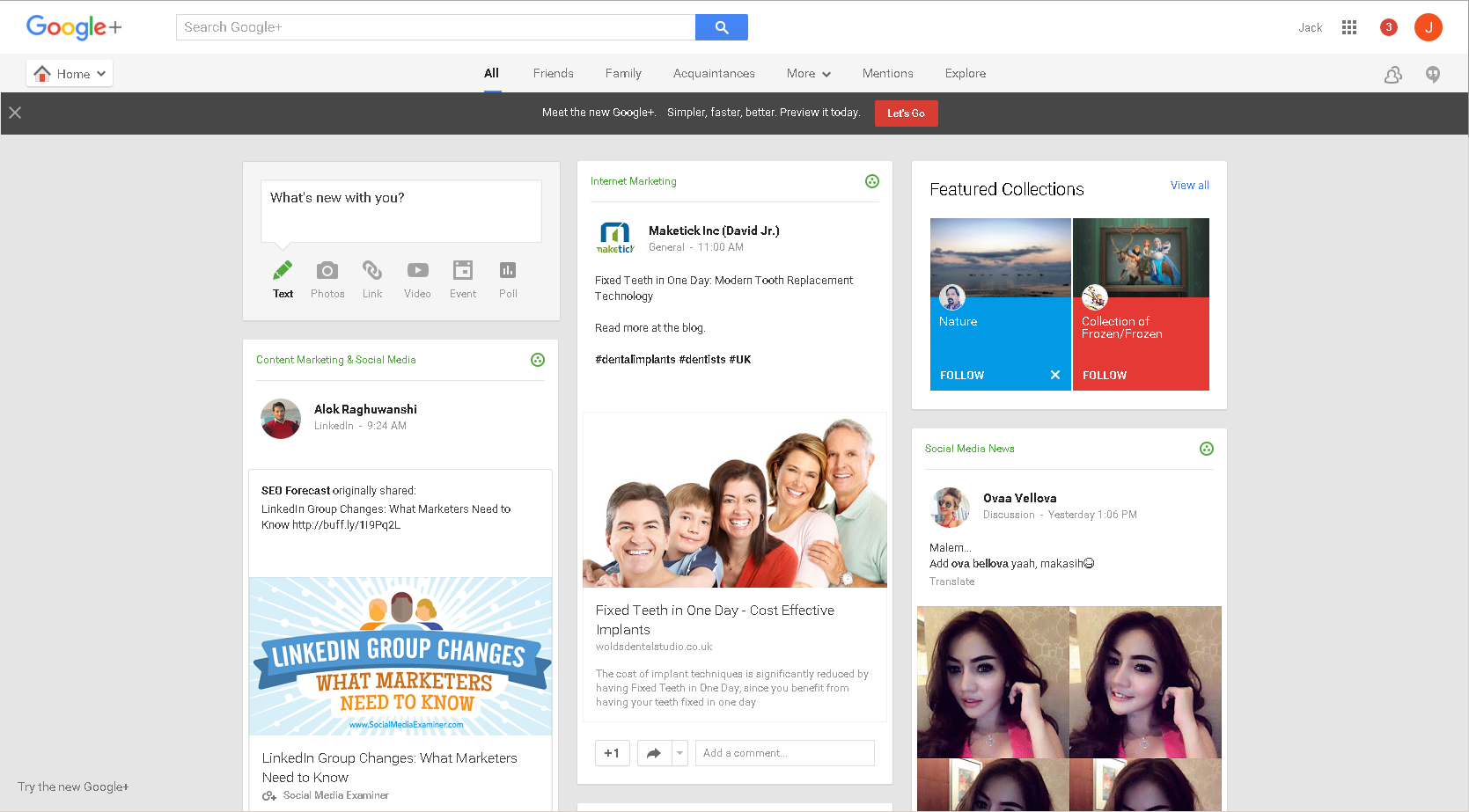 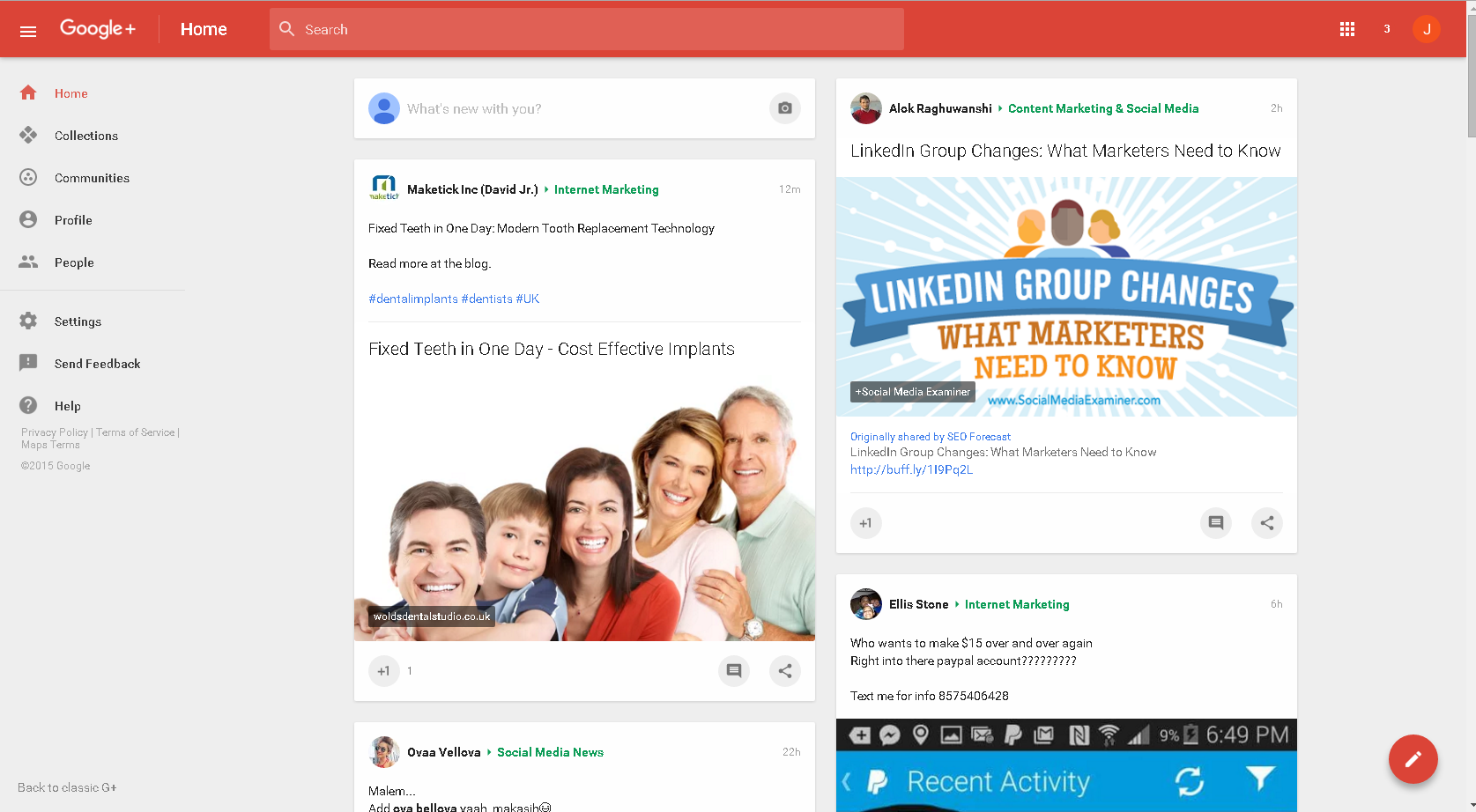 Google hasn’t forced the update upon its users, and has given them the option to flick between the two versions of the site.

Taking a leaf out of Pinterest’s book, in May 2015 Google introduced Google+ Collections – pools of posts around shared interests and passions.
Collections allows users to group posts together so that other Google+ users can follow. When a new post is added to a collection, followers are given an update on their own home page.

Much like Linkedin Groups, Communities is a feature where users can share and discuss content in an open forum. Sadly, G+ communities suffers the same problem as LinkedIn Groups, with a large number being redundant, with few members.
Some communities suffer from the plague of spammy content, and a severe lack of participation in these communities also means that posts are sparse and out of date.
However, Google claims that Communities average 1.2 million new members per day (Adweek) meaning there is an active community out there you just have to find it. It also offers businesses a platform for colleagues share content and ideas, with the peace of mind that they will stay private, with domain-restricted forums.

When it comes to adverts and sponsored content, Google still has a long way to go. In its current state, the introduction of ads would not be a wise move as they focus themselves more around giving users the power to share a wide range of content amongst themselves.

You’re probably wondering what’s in it for Google. Well G+ is a great platform through which to integrate all of their other products, and in doing so will be able build a better profile of your interests and habits.

We look forward to seeing how the platform evolves in the coming months and years. For more information on the topic, check out the official announcement from Google