Twitter moves ever closer to becoming a retail channel

Twitter has recently unwittingly dropped hints they may be shifting closer to becoming an Ecommerce channel with the discovery of a ‘payments and shipping’ option in the settings window of their android app.

The discovery followed a tweet by a developer in South Africa, the window clearly showing a currently inactive setting option. Twitter has yet declined to comment but the discovery is by no means a mistake as the company often rolls out test runs of new features on a short selection of users and apps. 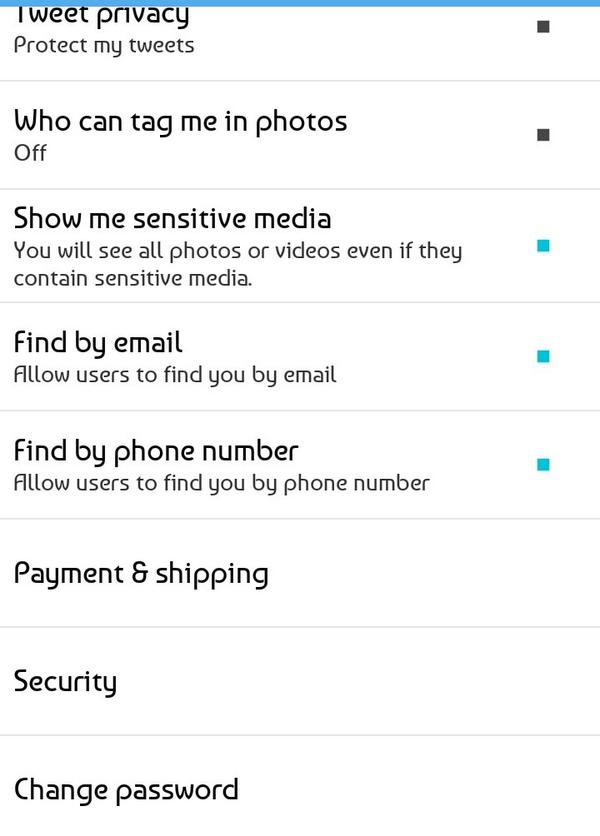 In more recent developments to up Twitters share value and potential ad revenue, the channel have made several somewhat fragmented steps toward becoming a micro retail channel. On the same day Facebook announced a similar ‘Buy Now’ Button, Twitter revealed its purchase of E-commerce development app Cardspring. Cardspring provides a platform for developers to build custom on-line payment solutions and hence a great way for companies to embrace the provision of fast and painless ways to shop and hence pay, on-line, on one of the fastest moving social platforms.

In June this year Twitter’s ‘buy now’ button was introduced for a limited time on the profile of onine retailer ‘Fancy‘ and we have already seen the likes of American Express introducing Twitter purchasing and MasterCard’s Priceless Surprises use similar buttons as well as Amazon allowing it’s users to connect their twitter and Amazon profiles through their #AmazonCart service in order to make direct ‘one-click’ purchases. Similar functionality of single click submissions are already being used in Twitter Ads own lead generation cards‘ data capture tweets allowing users to submit their profile email with just a single click.

Twitter continue to make micro advancements to becoming a truly retail-friendly channel. But is the balance between retailer-friendly and user-friendly a constant risk? Or will they make the leap toward targeted marketing that works, giving retailers the customers they want and, better still, customers the products they want.