Which brands made the most of Chinese New Year on social?

Fireworks illuminated the skies across Asia as millions celebrated the Year of the Sheep on Thursday. Wednesday night, Lunar New Year’s eve, was marked by loud booms as people set off firecrackers across china and families came together to enjoy the festivities. In China over 600 million people use online services and more than 80% of them via mobile devices. One of the most popular platforms is WeChat with 468 million monthly active users and 5.8 million public accounts.

With large scale events and festivals, there is always significant media coverage that brands are keen to tap into. As more and more brands involve themselves in cultural and religious celebrations, events such as this offer an opportunity for brands to engage with specific demographics – in this case with their Chinese consumer audience- a segment which is exploding across a number of sectors including banking, airlines, fashion and more.

With Chinese New Year taking social by storm last week – How did brands make the most of the trend? https://po.st/CNY15 #CNY

We have previously spoken about newsjacking, also known as trend-jacking which is when brands and companies align content with popular stories and social trends to engage with wider audiences. This falls firmly between the two categories and is something that brands can capitalise on more easily with campaigns due to the planned nature of upcoming events

So how did major brands utilise social to make the most of Chinese new year? We have included some of our favourite examples below.

Brands that did it well

Adidas ran in one month early with trainers for shoppers looking to buy gifts. As customers start shopping weeks in advance for gifts. Brands need to start engaging with the audience earlier in order to profit:

Tech giant HTC gave it on a plate:

Essentials for a great celebration. Happy Year of the Sheep! #ChineseNewYear pic.twitter.com/oK1QlenMfH

Brown, red and purple are the colours of the Goat, which made the red that is so synonymous with Chinese New Year even more special this year and Pantone were quick to share that it was their favourite colour too:

Happy #ChineseNewYear! Wherever you're celebrating, best wishes from us all at British Airways! pic.twitter.com/tH3GAJy6W7

Selected Mulberry stores in the US were also offering a limited-edition ram card, which can also be printed from Mulberry’s Web site. Consumers were prompted to take photos of the #InstaRam and share it on social media for the chance to win a contest: 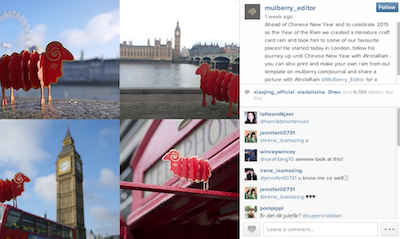 While twitter is banned in China, brands still gained traction on the platform due to the global nature of the festivities with the most popular countries for volume of conversation being the US, Indonesia and the UK. 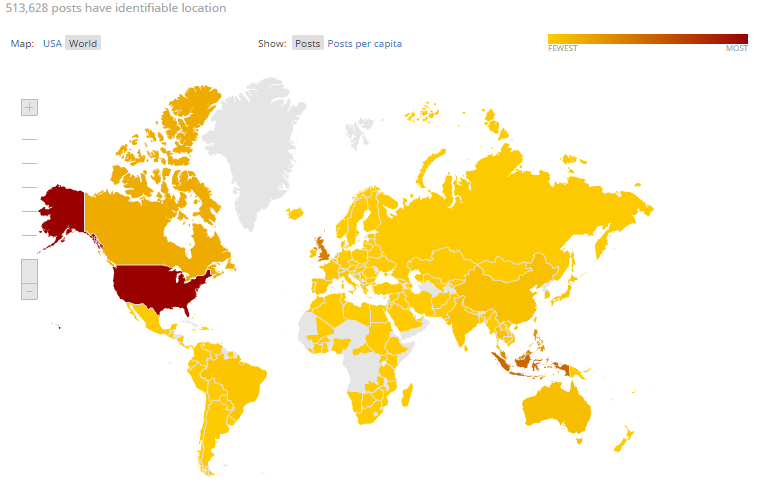 As the above shows, there will always be a demographic that resonates with festive content, so with Mothers Day coming up on the 1st of March, St Patricks day, April Fools day, Diwali, Fashion Week, and a host of other events, is your company geared up to make the most of the festivities?