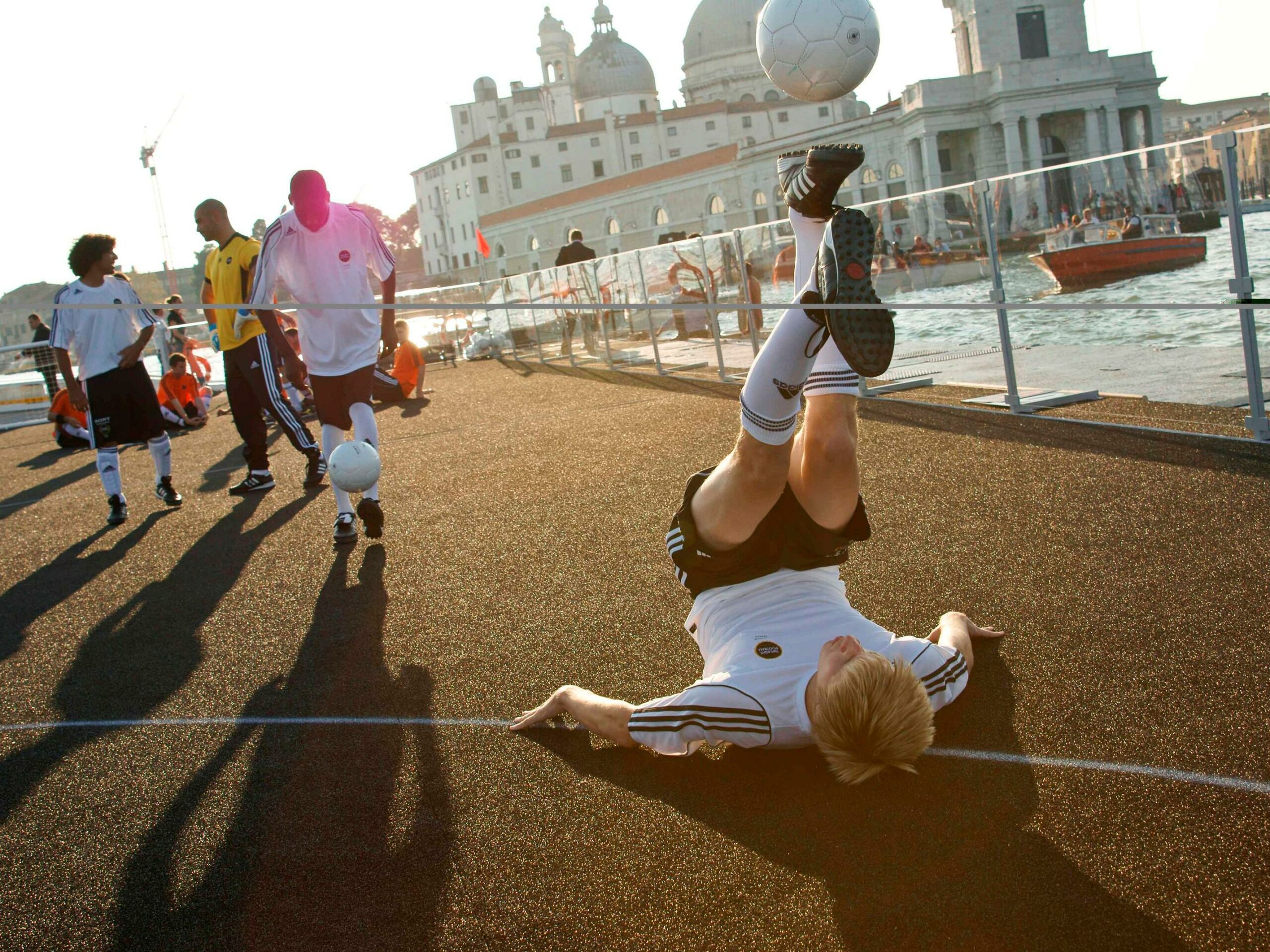 The aim of the activity was to showcase the capability of the technology in a consumer friendly manner and to spark interest from mainstream audiences around the products: bringing the technology features to life.

Working alongside Sony’s other European creative agencies; we used football as a platform, creating an aspirational campaign which captured the imagination of mainstream audiences.

‘Twilight Football’ staged seven matches around the world in 24 hours. To showcase Sony cameras’ capability to capture incredible detail in low-light, all the games took place during twilight in spectacular venues worldwide. Each of the seven locations were chosen for their unique scenery and challenging terrain, and provided the perfect backdrop and photographic canvas to showcase the action from the ‘beautiful game’. The locations ranged from Tintagel in the UK to the Iguazu Falls in Argentina and the Aquila game reserve in South Africa.

The activity was staggered over nine months in three distinct phases: recruitment, event and celebration.

Working with our media partners

Activity in the recruitment phase was PR-led: over 90 pan-European traditional and digital media editorial partnerships – such as ePHOTOzine and Goal.com – were developed to ensure a steady flow of compelling and relevant coverage at each stage of the campaign. Media partners were carefully chosen to target specialist audiences (e.g. Tripwolf targeted travel enthusiasts) and were drip-fed tailored content (e.g. image galleries) to bring the campaign to life for readers at all stages.

All media partners ran interactive competitions to recruit attendees who were then flown to one of the seven locations across the globe, for the three day trip, either to participate in the game or to document the event.

Attendees were given the opportunity to try out Sony’s new range of products to experience the Exmor RTM CMOS technology first-hand. Participants shared their experiences with peers and showcased images and video footage across social media platforms such as Flickr, YouTube and Facebook.

Twilight Hunters, a carefully selected team of European bloggers, became the official Twilight Football ambassadors. Each blogger was recruited from a range of interest groups including football, photography and gadgets. They reported on all phases of the campaign, especially the event phase, where they blogged live from the games.

The results speak for themselves

In the week prior to the event, searches for Twilight Football rose by 158%. Searches for “Exmor RTM CMOS” increased by 385% across the campaign. And at the peak of the campaign there were nearly 60,000 returns for the term “twilight football” in Google search.

Event attendees continued to stay in contact after the Twilight Football grand final, sharing images via their Twilight Football communities on Facebook and Flickr. Many have stated that the event was a ‘life-changing’ experience for them and The Twilight Football team have since staged fundraising events for the football charity organisation team, StreetFootballWorld, (a global network of organisations that use football to address social issues like education, health and women’s rights) who they played in South Africa.

In total, the Sony Twilight Football campaign delivered an ROI of €12.5 thanks to our partnerships, on a budget of just over 1% of the return.

Could we do this for you?