How campaigns are using Thunderclap to maximise reach and activate supporters 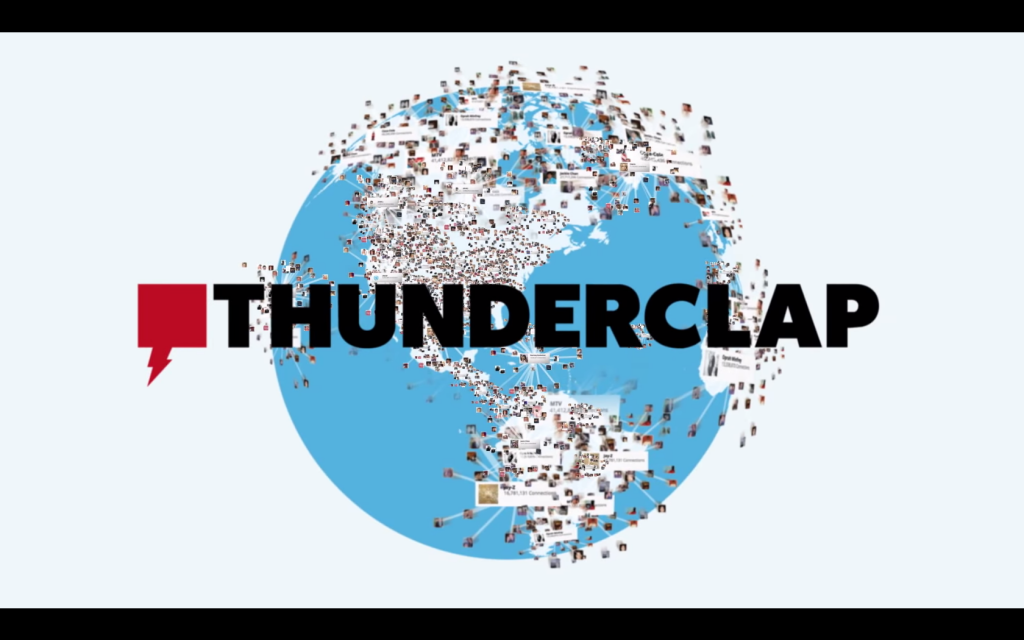 Spreading campaign messages via Twitter with the use of hashtags or recruiting dedicated supporters has always been a labour of gaining organic strength. Relying on the persistence and influence of others to spread the message. Now we see the emergence of new apps that access supporters’ social accounts directly enabling campaigners to send 1000’s of messages simultaneously via Facebook, Twitter and Tumblr. Is this instant viral or simply a flash in a potentially well-timed pan?

“Thunderclap is the first-ever crowd-speaking platform that helps users be heard by saying something together. It allows a single message to be mass-shared, flash mob-style, that rises above the noise of your social networks.” Thunderclap

The nature of the app mostly appeals to political campaigns targeting direct supporters and benefiting from their dedication to the cause, more recently being used for ‘World Refugee Day’ listing a potential reach of 10,795,037 via 1,132 supporters when it launches on it’s deadline today. Among the many campaigns the British Labour party has also used the app for spreading their anti – Tory messages and with it raising the question of how annoying the wave of potentially spammy messages can be. Highlighted fully by the Guardian press.

As well as political messages the strategy has been used by several brands like Durex, Levi’s, the BBC and Mozilla in the past. Picking up moderate traction but leaving a lot to be desired. The question remains of how many followers would actually submit the use of their social profile to a ruthless international brand in the first place?

Winning the trust and faith of campaign followers and converting them to voice-extending campaigners is the main battle, and a battle is exactly what can be instigated. The strategy of the ISIS Jihadist group has demonstrated just that. Showing how their use of a Thunderclap Arabic-language equivalent app called ‘The Dawn of Glad Tidings’ or ‘The Dawn’ has maximised their tweet reach in exactly the same way as the Thunderclap function.

“[ISIS] employs social-media strategies that inflate and control its message. Extremists of all stripes are increasingly using social media to recruit, radicalize and raise funds, and ISIS is one of the most adept practitioners of this approach.” J.m. Berger, theatlantic.com

A sobering thought that some of the best uses of this strategy are being applied toward militant recruitment and potentially harmful action with its peak Twitter activity gaining 40,000 tweets in a single day. That day being the day ISIS marched into the northern Iraqi city of Mosul and took control.

Tweets sent by ISIS Twitter App over a 2 hour period