Last week we were joined by Clare Izhaky, Head of Social Business for Microsoft Mobile (formerly Nokia) at the Social Speakeasy, who shared some terrific insight into her team’s approach to social media…

Who is Bob, you ask? Bob is dull, unsociable, doesn’t listen to people and doesn’t add value. He is Microsoft’s personification of what not to be in social! Instead, the team at this brand future-proof their business with disruptive social content. Something which Clare explains is achieved by galvanising their social activity with brand advocates.

@nokia @Cmp1990 @YouRik @Microsoft We’ll be fine. You can’t build a Death Star with those.

Like many of our past speakers, Clare put great emphasis on the need for planning. In particular, communicating with other departments such as retail, HR, digital and marketing to avoid working in isolation.

For Microsoft, bridging the gap between different departments is important to manage the conversation on social. For instance, Clare described the lingering brand love and loyalty from past Nokia users. (And really, who hasn’t had a beloved Nokia mobile by their side in the past?)

With vetted plans, and even inspiration walls dotted about the office, Microsoft’s social team can create disruptive content that stays on brand and that doesn’t upset their loyal followers. Ultimately, the more disruptive content created, the more brand love shared and the more consideration to purchase. It essentially leads to more advocacy, influencing new users!

But there’s more to a good social strategy than just planning. It becomes all the more powerful when solid insights can support your social activity. And as social is so fast moving, measurement is crucial. Not only does it let you know when you are doing well but it highlights when your content is not performing! Being able to own your failings will let you learn from them, and you’re unlikely to repeat them. As Katy Howell said on the night, “the beauty of social is that you can fail, and fail fast, but move on.”

In Microsoft’s case, measurement is based on behaviour.

Through insights, Microsoft discovered that bloggers were being underused. By mobilising this opportunity, the social team successfully increased activity two-fold! They supported and prolonged this by actively searching for advocates on Twitter; bringing them into the fold, asking them to review and tweet about new products as well as the overall brand.

Now that is something which can make a lot of brands nervous. But as Microsoft has demonstrated, trusting online advocates with your brand and allowing an open, albeit managed, social conversation encourages sharing and even better – user generated content. That organic social media gold dust that can be so hard to come by!

Connect with your social community

This insights driven strategy gave the social team leave to be disruptive, but to be clever about it. And by regularly looking at insights Microsoft was able to temper its content so as not to end up being more disruptive to itself! Good advice if like most brands the board are hard numbers guys – which is why insights and measurement are so important to be built from up front.

But quality user generated content is easier said than done, as Clare admitted herself. The Connects programme which gives the Microsoft brand its engagement is dedicated to building their global community of fans and advocates – but it has been running and growing for over 8 years! That certainly gives them an advantage over brands entering into social.

Still, it wasn’t always so. Clare explains that what used to be as simple as asking individuals to trial a new mobile phone model for two weeks is now completely integrated into social. Community engagement is essential now, and Microsoft reap the rewards with a community of 35,000+ advocates.

Spotting social opportunities in an instant

Many in our audience wondered “if we build it, will they come?” Clare advised that brands should have some faith in advocates: let them be a part of the conversation and give them the power to engage. Even involve user generated content in your strategy, and trust your newly built community of advocates to endorse products on social with other users in order to avoid the hard sell.

But you can’t leave it all up to your advocates. Remember to listen! There are opportunities everywhere and it just takes one community to bring an idea to life. Clare summarises this concept in the #2InstaWithLove campaign, displaying the importance of advocacy in social channels.

When Microsoft approached Instagram with the idea of a Windows app for their users, they were met with some trepidation as the photo sharing platform didn’t believe there was a large enough audience for their app. So what did Microsoft do? They built their own app and asked their community to use it. It soon became the fastest Windows app ever downloaded with 1.2M downloads, smashing their target of 60,000! An official Instagram app was also soon available on Windows phones. 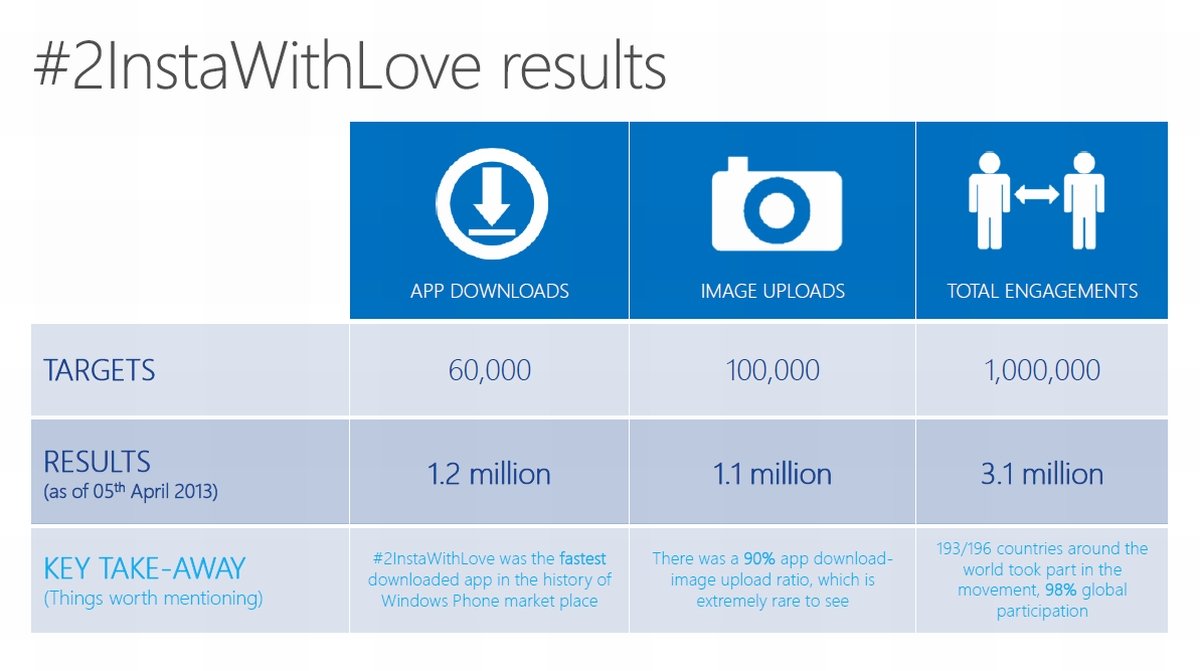 Leading with photography rather than product info on their phones successfully created lively conversation and tapped into community interests. A far better social strategy than only broadcasting the brand’s voice.

Get leave to make some mischief

Clearly, there is a lot to be said for an empowered community on social. But the same goes for your workforce. Educating other staff and involving them in social can produce thought leadership opportunities. Luckily for Microsoft their senior management support social and allow decision-making to be done quickly and on the fly. So when the resident Mischief Maker (that’s actually his job title) sent the social team to Terminal 5 dressed as astronauts bearing the Lumia branding on their backs, it hardly raised an eyebrow internally. But it did raise a smile for the free PR it generated! 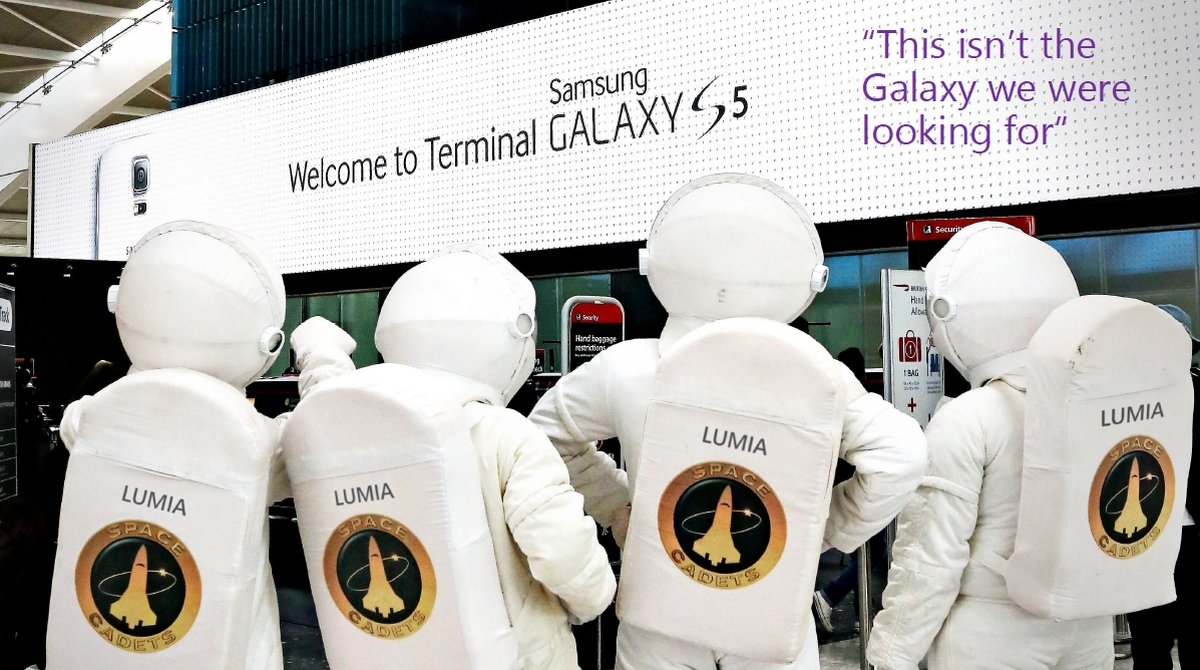 So how can you future-proof your social business like Microsoft Mobile? Take it slow. Build your community. Learn, evolve and go beyond what is expected. But most of all, don’t be Bob!

The Social Speakeasy is a place to share success stories and to explore different ideas in social media. This October we are joined by Amanda Neylon of Macmillan Cancer Support. Full details here